What Americans need to know about the SECURE Act 2.0

How you save for retirement may change soon, thanks to a big new bill wending its way through Congress.

Remember the SECURE Act? Taking effect at the beginning of 2020, it made a series of adjustments to retirement regulations. The current effort, informally known as SECURE Act 2.0, would similarly adjust retirement laws without actually addressing the crisis in retirement savings facing so many Americans.

The new bill, which is officially named the Securing a Strong Retirement Act, would require most employer-sponsored retirement plans to automatically enroll workers, make it easier for student-loan borrowers to amass savings and lower retirement plan administration costs for small businesses, among other measures. Several pieces of similar legislation are percolating in the Senate.

While these changes would almost certainly help some retirement investors, the reform avoids the heart of the issue: Roughly half of Americans don’t save for retirement. SECURE Act 2.0 wouldn’t help workers who slip through the cracks or bounce around from job to job, going months or years without saving.

How SECURE Act 2.0 Would Work

Get People to Save More

•  The bill would expand automatic enrollment. Since the late 1990s, employers have had the option to add eligible new employees to their retirement plans, typically at 3% of pay. SECURE Act 2.0 would require employers that offer 401(k), 403(b) and SIMPLE IRA plans to automatically enroll all newly eligible employees at a 3% deduction level that ticks up by 1% annually until it reaches 10%. Employees do have the choice to opt out, if they prefer, and existing plans wouldn’t have to change anything.

•  It would beef up the Saver’s Credit. This little-known boon for low- to medium-income households offers extra tax savings when lower earners save for retirement. As currently constructed, though, the credit is confusing, too limited and ultimately not used by many who would benefit. SECURE Act 2.0 would make the provision more generous by raising the rate of the credit to 50% of what you contribute, regardless of income level; increasing the value of the credit to $1,500 from $1,000; and boosting the number of people who would qualify.

•  SECURE Act 2.0 would raise catch-up contribution limits. Those over 50 can currently increase their IRA contributions by $1,000 above the normal limit, but that catch-up has been the same since 2006 and isn’t indexed to inflation. SECURE Act 2.0 would change that by allowing annual adjustments as inflation rates change. It would also allow those over the age of 60 to toss in an additional $10,000 (indexed to inflation) into their 401(k)s and 403(b)s, and $5,000 into SIMPLE IRAs. This is up from $6,500 and $3,000, respectively.

•  Offer extra assistance to student loan borrowers. SECURE Act 2.0 would allow people who are making payments on their student loans but not saving for retirement to still receive employer matching contributions. Companies would match student loan payments, up to a certain percentage of an employee’s salary, and deposit their matching contribution in the employee’s retirement account—even if the employee made no other contributions of their own. The idea is to give a break to those servicing their debt and let them take advantage of investing for retirement early in their careers, which can greatly increase their nest eggs later in life.

•  Delay required minimum distributions. The original SECURE Act increased the age at which point workers have to start making withdrawals from their retirement accounts to 72. SECURE Act 2.0 would increase it once again, to age 75. The whole point of a required minimum distribution is to give the U.S. Treasury the chance to start collecting tax revenue from your tax-deferred savings, and keep them from becoming an estate planning device. Many Americans happily take their RMDs to cover living expenses, and the extra three years would primarily give wealthy retirees who don’t rely on RMDs for income more time to avoid tax liabilities.

•  Nix RMDs entirely for those with less in savings. Some savers would be freed from being required to take RMDs at all. SECURE Act 2.0 stipulates that those with less than $100,000 in retirement savings—indexed for inflation—are exempt from RMD rules. The typical household helmed by someone above the age of 75 with retirement savings has less than $85,000, according to the Federal Reserve, meaning this could effectively do away with RMDs for many Americans.

•  Make it easy to buy annuities. Many experts believe that annuities, which offer guaranteed payments for a set number of years, are a great way to increase your retirement security and remain underused. SECURE Act 2.0 would make it easier for plans to offer annuities by easing technical RMD requirements for annuity options in addition to making Qualified Longevity Annuity Contracts (QLACs) more appealing by increasing the amount of your retirement savings you’re allowed to use to buy a policy.

•  Grant tax credits for small businesses. Right now, businesses with up to 50 employees can receive a three-year 50% tax credit for the administrative cost of setting up a retirement plan, up to a maximum benefit of $5,000. SECURE Act 2.0 would increase the tax credit to 100% and allow defined contribution plans to receive higher credits, depending on certain conditions.

•  Help out small 403(b) plans. The SECURE Act lowered costs and regulations so small businesses could join up and take part in so-called multiple employer plans (MEP). SECURE Act 2.0 would extend that treatment to 403(b) plans, which are typically offered by nonprofits and government entities. Importantly, they wouldn’t be subject to a rule that would hold every employer responsible if one makes a mistake.

•  Ease up on plan paperwork. Businesses would no longer be required to send various documents and disclosures to participants who were not enrolled in the company’s plan, although they’d still need to send along a notice that the unenrolled worker can still sign up. Moreover, SECURE Act 2.0 would direct the U.S. Treasury, Department of Labor and Pension Benefit Guaranty Corporation to look into simplifying and standardizing reporting and disclosure requirements. The bill would also lessen penalties for some reporting mistakes.

Why SECURE Act 2.0 Comes Up Short

If your chief concern is making sure that most Americans end up saving enough to allow them to enjoy a reasonable standard of living in retirement, then you might be disappointed by the provisions of SECURE Act 2.0. Why? Because the bill doesn’t really tackle why folks don’t have enough saved.

A recent report from the Bureau of Labor Statistics found that the typical person born between 1957 and 1964 held more than 12 jobs between the ages of 18 and 52, with half of those positions occurring before the age of 25. Moving in and out of jobs with this frequency leads to gaps in employer-sponsored retirement plan coverage.

The expanded auto enrollment section of the bill tries to address this, but only about half of small businesses offer retirement plans, according to a recent JPMorgan survey. Moreover, small businesses with existing plans are exempt, so any new worker won’t necessarily be enrolled.

All of this job movement exposes another problem: money leaking out of existing retirement accounts.

Take young workers. Research shows that many of those under the age of 40 will cash out some portion of whatever retirement savings they do have when they switch jobs. Not only does this move typically cause a 10% tax penalty, but workers end up forgoing years of gains and compounding investment returns.

Retirement policy is the one area of public policy that consistently garners low-temperature bipartisan support, which is why you’ve seen so many developments and compromises over recent decades, like the invention of Roth IRAs and health savings accounts (HSAs). SECURE Act 2.0 has bipartisan sponsors, for that matter.

And this isn’t the end-all-be-all of retirement reform. Lawmakers in the Senate are supporting items such as using any tax refund to help buttress a rainy day fund, which would hopefully lessen the need for people to draw down their retirement savings before they actually are retired.

But incremental fixes, no matter how well-intentioned or useful in their own right, have done little to change the big picture: 48.9% of households had a retirement account in 1998, per the Federal Reserve, compared to 50.6% in 2019. Something broader is clearly needed.

“There needs to be universal coverage,” said Alicia Munnell, the director of the Center for Retirement Research at Boston College. Munnell supports a national auto-IRA plan. Already in use in some states like Oregon and California, this plan would require employers to either offer a retirement plan or enroll their employees in a government-administered IRA plan.

By automatically enrolling every working person in a plan, with the option to opt out, you’d immediately solve for the three biggest reasons people don’t save for retirement, according to the U.S. Census Bureau: Not having a plan at work (74% of non-savers), being self-employed (14%) and not being included in a workplace plan (12%).

A national auto-IRA plan would also break, or at least weaken, the psychological link between employer and retirement savings, so perhaps fewer people would cash out their plans once they left a job.

You need not wait for that, though. The dirty little secret about saving for retirement is that access isn’t really a problem: You can sign up for a traditional individual retirement account (IRA) or Roth IRA if you don’t have a workplace plan. (Of course, you can also do this even if you have access to a plan at work.)

Most people would rather contemplate a root canal than set aside money for retirement, and others may feel like they simply can’t afford it. By putting off those hard choices, though, you’re setting yourself up to live on less when you can no longer earn a paycheck. 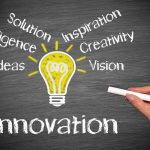 How to Encourage New Ideas from Your Teamblog 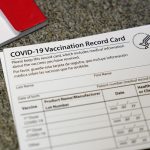