Sexual Harassment: What You Don’t Know Can Cost You

Women aren’t the only victims. Claims by men made up 16 percent of EEOC cases in 2010, double from 1990. More recently, a Washington Post survey found that 10 percent of men say that they too, have been sexually harassed in the workplace.

Why should small to mid-sized companies be concerned?

Victims are feeling empowered. Up until now, few– up to 90 percent – actually made a complaint. But with recent headlines calling out major figures in politics and entertainment, and #MeToo spurring the national dialogue, it’s only a matter of time before men and women start standing up to employers of every size and in every industry.

No complaints in your company? That’s doesn’t mean there isn’t a problem. And it doesn’t get you off the hook from doing the right thing: standing up, training your entire staff and ensuring that your policies are up-to-date.

The Real Costs of Sexual Harassment

The consequences of sexual harassment are pervasive, impacting the perpetrator and the victim, their co-workers, management and the business itself.

For the business owner who has put heart and soul into their enterprise, everything is at stake. There is no doubt: sexual harassment can poison the work atmosphere, leading to lower job satisfaction, higher absenteeism, and reduced productivity and morale. There is the loss of managerial time to investigate complaints. There is also the real risk that valuable employees – the rainmakers, the rising stars, the steady and loyal contributors – will leave.

There are hard costs to the business: expenses including attorney’s fees and payment to the victim, which could include back pay as well as punitive damages. It adds up to tens of thousands, to hundreds of thousands of dollars.

Perhaps most important is the company’s reputation. One hard blow from a sexual harassment issue and the very survival of the business can be at stake.

Managers who are aware of what’s happening can be culpable if they don’t take action. But often they struggle with how to respond to victims without being paternalistic. They are unsure of how to maintain confidentiality. And they grapple with maximizing productivity while being sensitive to employees’ concerns.

Co-workers are not immune. Employees confide in one another and the colleague who is aware of what’s happening or concerned that the boss has crossed the line can feel real angst – worried for their peer and uncertain about what they can—and should do. Some simply don’t want to rock the boat, others are concerned about speaking up because they fear retaliation.

For victims, there are severe psychological costs including anxiety, depression, sleep disturbance, weight loss or gain, loss of appetite, and headaches. The financial harm can also be severe.  Short term, victims often try to avoid the perpetrator by taking sick time or leave without pay. They may also quit their jobs, passing up opportunities for advancement, and losing well-earned compensation.

For perpetrators, guilty of wielding power or just ignorant about behaviors that are unacceptable, there’s much to lose. Stellar reputations hard-won promotions, and comfortable lifestyles can evaporate with one serious misstep.

Minimizing Sexual Harassment at Your Workplace

Because of the nuances involved, the prevalence of, and the risks associated with sexual harassment, the EEOC recommends that employers have a dedicated program that is based on five standards:

If you’re not sure, click here to get our easy, eight-point self-assessment tool.
Sexual Harassment: What You Don’t Know Can Cost You2018-11-072018-11-07https://www.clearemployerservices.com/wp-content/uploads/clear-logo.jpgClear Employer Serviceshttps://www.clearemployerservices.com/wp-content/uploads/sexual-harrassment.jpg200px200px
Copyright CLEAR Employer Services 2021 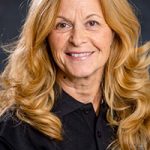 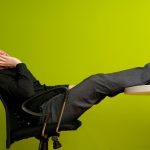